The Politics of Language Between Ottomans and Safavids: Masih-i Tabrizi's cross-linguistic poetry in Tabriz in the 1720s 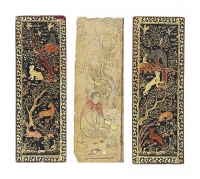 The paper sheds light on the politics of language (Turkish, Arabic, and Persian) and literary patronage in Safavid Iran in the first few decades of the eighteenth century, offering parallels to the attitude to the hierarchy of literary languages in the Ottoman and Safavid cultural spheres, with a subject matter related to the confrontation between Iran and the Ottomans in the 1720s. It focuses on a short collection of poetry written by a hitherto largely unknown physician and litterateur by the name of Masih of Tabriz (fl. late 1720s), who was active during the last years of centralized Safavid rule and saw the demise of the dynasty in 1722 with the fall of Isfahan to the Afghans, and that of Tabriz to the Ottomans, and died probably towards the end of Nadir Shah’s (r. 1736-47) reign. The bulk of the poems is made up of elaborate forms of acrostics written in the aforesaid three languages and interconnected with each other in graphic, metalinguistic and translinguistic ways. I will argue that this poetic experimentation, the peculiar attitude to the question of language in Masih’s collection and the mutual prestige relations between literary languages that Masih displays, might perhaps be best seen against the background of changing literary patronage in the post-Safavid and Afsharid periods. Masih’s short collection of poetry illustrates how these languages were conceptualized and spatially represented in the manuscript, as both connecting and separating the Ottoman and Iranian cultural enterprises.

Ferenc Csirkés is an Assistant Professor of History at Sabancı University. He read Turkic and Persian at Eötvös Loránd University in Budapest, and received his PhD at the University of Chicago. His research focuses on the politics of language in the late medieval and early modern Islamic world, especially Iran, Central Asia, and the Ottoman Empire. 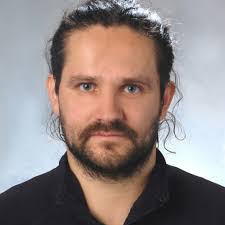