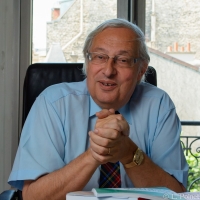 Istanbul, a new political center for the Arab World ?

Over the past decade, migration from all over MENA to Turkey has intensified.Migrations from Syria are the most important, and are the most studied in Turkey today. However, other migratory spaces are being created at the intersection of several MENA communities. Such migration has greatly expanded since 2011, and the major changes in political and social spaces across the region. Stalemated wars, unstable economies, and authoritarian regimes are leading to the migration of larger segments of the population. For some communities, they are supported by a welcoming and hospitable speech from the AKP government.

The country is quickly turning into a destination for business investment and settlement. Istanbul in particular is becoming a hub of business for the entire region. Meanwhile, investments in the media, education and research sectors are also important. It is the presence of so many populations simultaneously evolving in the same sectors of the economy, and the same identity and linguistic space, which raises questions. Is this meeting in exile creating something? How does it impact the host society?

Islamic Leadership And The State In Eurasia

Islam was brought to the lands of ex-Soviet Eurasia by the first generation of Muslims in the seventh century. Most of the Caucasus and Central Asia were directly included in the Umayyad and Abbasid Caliphates. Islam thus had a formative impact on culture, society and statehood in Central Asia, the Caucasus and central Russia. The other significant influences derived from the region’s lengthy domination by Turco-Mongol nomads and its inclusion in the 19th century into the autocratic Russian Empire, superseded by the USSR.

Table-ronde - Regionalism in the South Caucasus: Perspectives from within and without 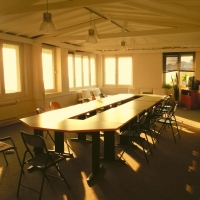 Given its critical location at the intersection of competing civilizational, socio-political, geopolitical zones, the Southern Caucasus has been on the spotlight of international politics. The countries of the South Caucasus have suffered from conflicts and instabilities created by internal dynamics and extra-regional involvement, which hampered the socio-economic development. Despite possessing most attributes of regionness and occasional declarations of interest for forming a regional collaboration mechanism, they have failed to form a functional sub-regional project in the post-Soviet space.