The Makings of a Grassroots Ethno-religious Conflict: 1909 Adana

The Makings of a Grassroots Ethno-religious Conflict:  1909 Adana

Nader Sohrabi holds a PhD in sociology from the University of Chicago. As a historical sociologist, he studies the early Twentieth century transformations in the Middle East primarily in the Ottoman Empire, but also in Iran. He has taught at various US universities such as the Department of Middle East, South Asia, and African Studies in Columbia University, and was recently a member at the Institute for Advanced Study in Princeton (Schools of Historical Studies, 2014-2015). His book Revolution and Constitutionalism in the Ottoman Empire and Iran was published by Cambridge University Press in 2011. With the writing fellowship at the Max Planck Institute he intends to finish a small book project on the religious and ethnic conflict in 1909 Adana, and to use the remaining time to make further advances on a larger book project provisionally titled Reluctant Nationalists, Imperial Nation State and Neo-Ottomanism: Antinomies of the End of Empire. Here, he comparatively investigates the development of ethnic nationalism within the Muslim communities of the Ottoman Empire particularly among the Turks, Albanians and Arabs in relation to one another and in dynamic interaction with the Balkan Wars and the First World War. 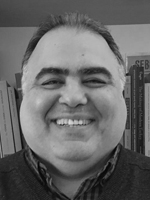