Turkey-US relations has been on a roller-coaster since the end of the Cold War. Despite the rhetoric of strategic partnership or model partnership, the two sides have failed to develop a strategic framework to add a new lease on life to their alliance. In the absence of a shared strategic vision, transactionalism became a frequently preferred method in dealing with each other on issues of mutual interest. The unravelling of the Liberal International Order eroded, on the other hand, the norms and values that were supposed to complement this interest-based alliance. While President Trump’s term in office hasted the erosion of these norms and values, his way of conducting the US foreign policy facilitated de-institutionalization and eventual personalization of the US’ relations with Turkey in the last four years. His un-conventional style provided Ankara with greater degree of autonomy in pursuing a foreign policy agenda that defied substantially Washington’s regional and global priorities. His succession by Joe Biden may mark a return to pre-Trump era foreign policy choices, practices around values, norms and institutions. Ankara has already signalled its readiness to moderate its policy choices and practices, the prospects for salvaging the US-Turkey alliance in the near future are slim for three reasons. First and foremost, the alliance with the US represented the ultimate choice in the early Cold War era for the late Ottoman/early republican elite in their pursuit of Westernization for survival. The very idea of Westernization does not sit as well with new Turkish political elite. Their approach to the “West” is pragmatic and transactionalist rather than institutionalist. Second, Washington and Ankara have pursued competing and conflicting interests in the immediate vicinity of Turkey, namely the Black Sea and the Middle East. While their interests in the former might be more amenable to reconciliation due to Russian revisionism, their differences in the Middle East are more fundamental and involve the JDP’s bid for regional primacy. Finally, the institutional aspect of their relationship collapsed after the US invasion of Iraq in 2003. The Turkish Parliament’s refusal to allow the US troops to be deployed in and through Turkey broke (probably irreparably) the special relationship between the Pentagon and the Turkish General Staff. This special link has yet to be replaced to put the alliance back on its feet.

Dr. Serhat Güvenç is a Professor of International Relations at Kadir Has University, Istanbul where he teaches graduate and undergraduate courses on Strategy, Turkish Foreign and Security Policy and Turkey-EU Relations. Recently his research focus has shifted onto Maritime Security in the Black Sea and the Mediterranean. He, therefore, currently supervises masters’ thesis and doctoral dissertations mostly on maritime security and related topics. His areas of expertise are Turkish Foreign Policy, Turkish Defense, EU-Turkey Relations, Turkey-Greece Relations Naval and Maritime Security in the Eastern Mediterranean and the Black Sea. Previously, he served as the Associate Dean of College of Economics, Administrative and Social Sciences and the Chair of International Relations Department.

Majored in international relations and political science in Marmara University, Mehmet Ali Tuğtan has completed his MA in 2000 with the dissertation titled Emergence of A Post Cold War European Security Architecture and his PhD in 2007 with the dissertation titled Turkish-US Security Relations 1945-2003: A Game-Theoretical Analysis of the Institutional Effect in Boğaziçi University Political Science program.

Dr. Tugtan’s areas of study include Turkish-American Relations, Contemporary World Politics and Security Studies. In addition to several book chapters and articles on these subjects, Dr. Tugtan has edited a book on the Turkish involvement in the Korean War (Kore Savaşı: Uzak Savaşın Askerleri) published in 2013.

For Massive online open course projects of Dr Tugtan on his areas of study, see: 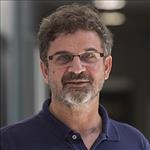 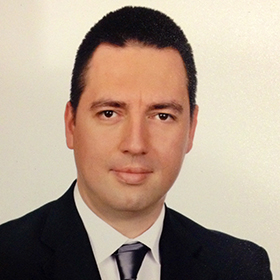