Forced migrants are generally perceived by scholarship and by policy-makers as 'outside' of the social and political processes that animate nation-states. Thus, racial hierarchies in states are not seen as relevant to forced migrants. This paper will explore the common marginalisations of migrants and 'domestic' subaltern populations, focusing on the production of racialised surplus populations by contemporary neoliberal capitalism.

Biography:
Prem Kumar Rajaram is Professor of Sociology & Social Anthropology and Head of the Open Learning Initiative (OLIve) at Central European University. He received his Ph.D degree at London School of Economics in 2002. In his research, Prem Kumar Rajaram is particularly interested in questions of marginality and depoliticization. His research has focused on the government of asylum-seekers, particularly those in detention in Europe and Australia, and on colonial histories of state making and on the inter-relations between colonialism, contemporary migration and capitalism. 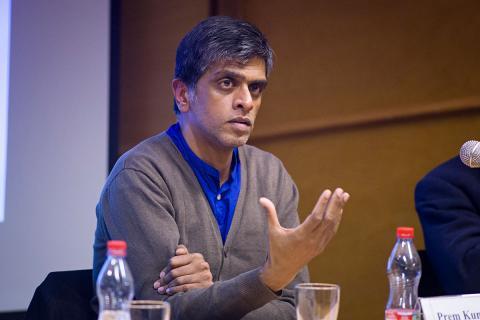