Scholars working on refugees and the refugee issue in the Middle East usually operate within the fields of minority, refugee, diaspora and area studies. Many scholars assume that refugees, as victims of state violence can solely be understood with reference to the past violence that they were exposed to in their home country. Similarly, these groups are considered as self-made and self-enclosed entities whose history, present and future stand out as marginal annexes to the national history. These historiographical claims hold true for the scholarly work on the post-WW1 Christian and Kurdish refugees in Syria under the French mandate (1921- 1946). This talk attempts to nuance these claims and demonstrate the ways in which these internally diverse groups of refugees who are survivors of genocide and state-sponsored mass violence in Turkey and British-Iraq (1915-1931) have cultivated novel subjectivities and articulated the terms of their belonging in French-Syria. Through reflecting on the experiences of these refugee groups, this talk will argue that the refugee issue, namely the debates about the arrival of refugees, the French colonial state’s governing of the issue and the refugees’ involvement in Syrian politics in mid-1930s reveals the terms of Syrianness-in-making in the first half of the 20th century in Syria.

Seda Altuğ, Historian, is a lecturer at the Atatürk Institute for Modern Turkish History at Boğaziçi
University, Istanbul. She received her PhD from Utrecht University, Netherlands. Her
dissertation is entitled "Sectarianism in the Syrian Jazira: Community, Land and Violence in
the Memories of World War I and the French Mandate (1915–1939)". Her research interests
are state-society relations in French-Syria, sectarianism, land question, empire, border
and memory. Her recent work concerns land, property regimes and citizenship
practices in the late Ottoman East and Syria under the French mandate.
Intervention en anglais 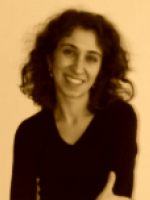