Russia and Turkey in the Middle East

Turkey and Russia have unbalanced bilateral relations that influence broad geography- almost all Eurasian territories that cover both countries' immediate surroundings from the Black Sea to the Caucasus but Central Asia and the Middle East. Both states’ relations with Western actors also play a significant role in shaping their foreign and security policies and their bilateral relations. During the last decade, Turkish and Russian leaders focused on prospective areas of cooperation and left the traditional issues of contention to hibernate. Thus, the two parties reframed their relations based on the principle of 'compartmentalization' of issues. Through this compartmentalization policy, Ankara and Moscow managed to segregate geopolitical and economic issues, especially in different regions, including the Middle East. The ebbs and flows of events in Syria since 2012 and their reflections on the Turkish-Russian relations are worth analyzing the fickle nature of Turkish-Russian relations. This seminar seeks to analyze the ebbs and flows of Turkish-Russian relations with a particular reference to the Syrian war and the Middle East with the participation of two distinguished scholars.

Vasily Kuznetsov PhD in history (2010), Head of the Center for Arab and Islamic Studies, Institute of Oriental Studies under the Russian Academy of Sciences, associate professor of the Faculty of World Politics, Moscow State University, senior policy adviser of the Russian Contact Group for Inter-Libyan Settlement under Russian Foreign Ministry and Parliament.

From the very beginning of his scientific career, he tries to combine researches in the field of classical Arabic studies to analysis of the current political process in the Arab World and especially in the Maghreb States.

As a medievalist, he defended under the supervision of Professor Isaak Filshtinsky thesis on the medieval Arab-Muslim historical knowledge and has published several articles on the topic.

He is author of several Analytical Reports for the International Discussion Club “Valdai”, for Russia’s International Affairs Council, author of a monograph on political transformation in post-revolutionary Tunisia written on fieldwork (2011-2017). He is contributed with Al-Monitor.

He is interested in studying of socio-political processes, problems of statehood and religion life in the contemporary Arab societies. Also, he is involved in several track-two initiatives on the Russian politics in the Middle East. 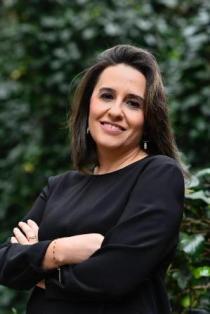