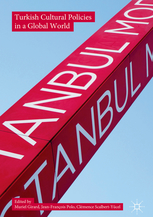 Since 2012 the village of Eğridere, a hamlet lying in the valley of the Little Meander in south-west Turkey, has become a key destination for zeybek lovers in the region. Zeybek is a popular musical and choreographic genre whose roots lie in the Turkish Aegean hinterland. The genre is associated with mountain life and an agropastoral social imaginary, as well as with representations of combat. In 2012 a leading figure from the Dance and Music Folklore Section of the Turkish State Music Conservatory at Ege University, Abdullah, unearthed a local dance which had not previously been consigned to the national folklore repertoire—namely, the zeybek from the village of Eğridere (Eğridere zeybeği).