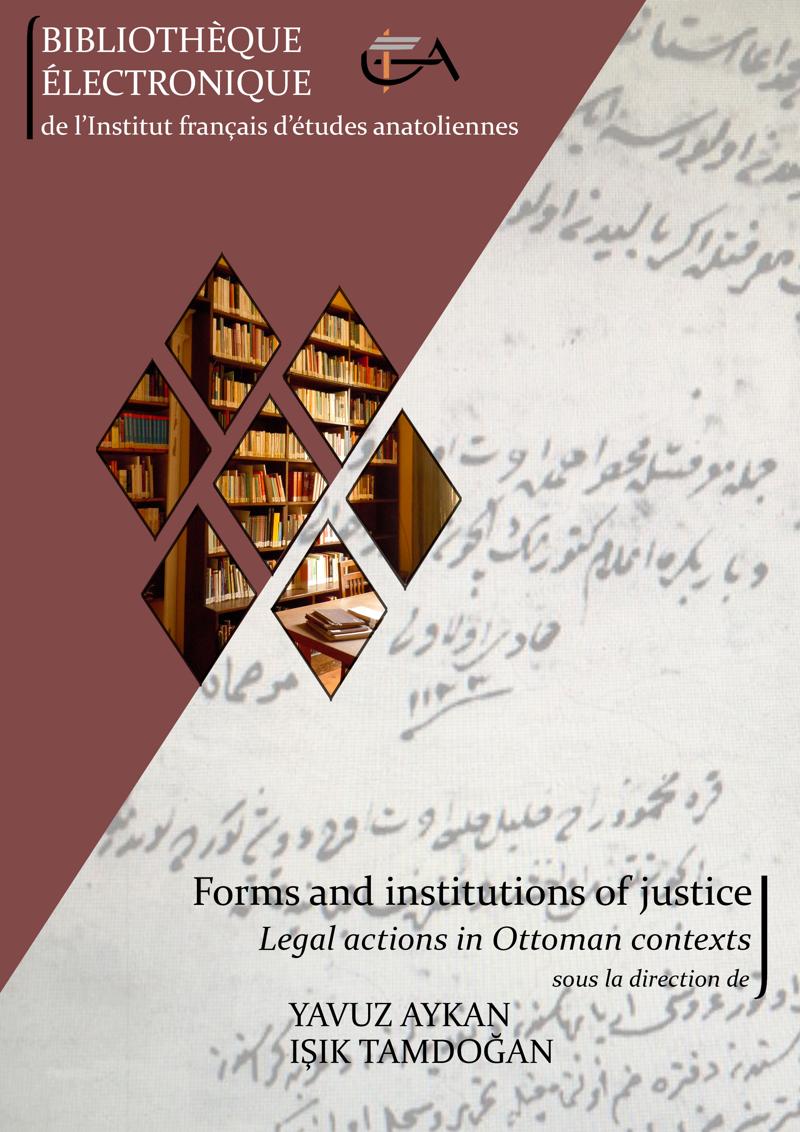 The articles forming the present volume aim to contribute to the rich and evolving historiography on the multiplicity of the actors and the institutions of Ottoman legal system. As the title of the volume suggests, “forms” and “institutions” of justice are a common thread in the contributions. Each article concentrates on a specific historical moment and context in order to chart the articulation of different forms of Ottoman justice.

This volume has emerged as an outcome of a workshop entitled Journée d'études La justice dans la société ottomane Institutions acteurs et pratiques : 6-7/01/2012 organized at the French Institute of Anatolian Studies (IFEA), in Istanbul. At the outset we grappled with the following question: What were the multiple actors and normative sources that enabled the historians to talk about ‘justice’ across different cultural and historical geographies under the rule of the Ottoman dynasty? Our concern was in part to question the unitary conception of an ‘Ottoman Justice’ and the legal and procedural dominance accorded the kadi in Ottoman historiography.