ANNULÉ - İPTAL How the Global South is reinventing the world

Bertrand Badie, professor emeritus
With the support of the Institut Français d’Ankara and Istanbul Bilgi University.

The Global South has been considered for a long time as the "periphery" of the international system. Such a vision is now totally outdated: the main conflicts are presently located in Africa and the Middle East, while Europe is no longer the battlefield of the world; the main issues which are now at stake come from the South; the international agenda is no longer elaborated by the old powers and the power itself is getting powerless and currently defeated. Is now "weakness politics" substituted to power politics? Is globalization making room for new actors, new cultures and new regional powers? Are local actors more efficient than traditional international powers? Are these new actors able to invent a new international system?

The talk will be delivered in English 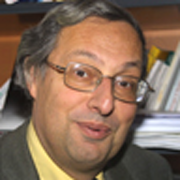