I. Presentation of the workshop

In 2013, the French Institute for Anatolian Studies (IFEA, Istanbul), the French Institute for the Near East (IFPO, Erbil) and the University of Exeter, with the help of Aix-­Marseille University, launched a common research program aiming at understanding the redefinition of relations between States and Kurdish-­populated areas in the current regional context characterised by an intensification of transnational dynamics. A first workshop was organized in June 2014 in Erbil. It aimed at analysing local modes of government in Kurdish-­‐populated areas with a special focus on the role of political parties’ practices and ways to control territory. The objective of the second workshop that will be held in Istanbul in January 2015 is to carry on this reflection while addressing the question of the production of State policies in Kurdish-­populated areas in Syria, Iraq, Turkey and Iran. The production of State policy has often been described within a binary framework of analysis opposing the States’ actions and the societies of these regions. On the contrary, this workshop intends to give room for contributions with sociological, anthropological, contemporary history, political geography, political science or public policy approaches taking into account the non-­unitary nature of the State and the multiple interactions between state authorities and local population or elites, and the role of transnational dynamics in the policy-­making process. In doing so, the workshop also aims at distancing itself from any kind of nationalist narrative that could leave in the shadow the decisive importance of national, local and transnational contexts. The predominance of coercive and repressive State policies should not let us overstate the specificity of these regions regarding State policy-­making even if other factors have to be taken into account. The current intensification of relations between the different Kurdish-­populated areas of the region can indeed be considered as an opportunity to question the effect of increasing regional interdependency links on State transformation. The role and power of the State, the level of autonomy of the Kurdish-­populated areas, the different kinds of policy-­making processes and the patterns of conflicts vary across countries of the region. Nevertheless civil wars in Syria and in Iraq and the ambiguities of the Turkish or Iranian regimes on the Kurdish issue in their domestic and foreign policies are putting into question in every country both the evolving nature of State policies and of their sovereignty in this cross-­border space. This workshop will address the following questions:

More specifically, the workshop will gather speakers tackling issues such as:

This workshop will be held at the French Institute for Anatolian Studies in Istanbul (IFEA), Turkey.
The IFEA is located in Nur-­i Ziya Sokak, 10 in Beyoğlu. Papers shall be given in English. Participants’ transportation and housing fees will be covered. 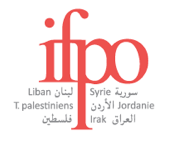